What’s the impact of coronavirus outbreak on India? 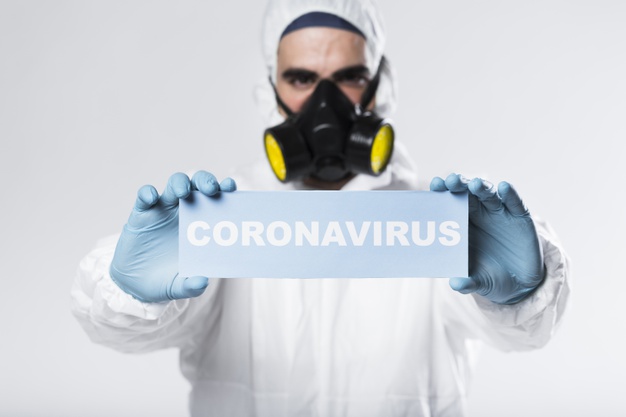 A significant impact on the Indian economy is expected as a result of the coronavirus outbreak. The implications are both long and short term, whereas the severity is exceptionally high in most affected countries. Intervention from the government is necessary to curb the deteriorating economic status resulting from the impact of the virus.

The rapid spread of the virus leads its contemplation as a global calamity that requires immediate attention. The export and import market will face negative impacts as investors, suppliers, and customers fear conducting business with Indian citizens. Business is the key determinant of a country’s economic status, and a single fluctuation as a result of any outbreak will significantly impact the city’s wealth.

The negative impact on the tourism industry resulting from the outbreak will impact the Indian’s wealth. In India, the tourism industry plays a vital role in enhancing the economy since the amount of revenue collected from the sector is overwhelmingly large compared to other revenue generation industries. A further impact on both domestic and international tourism is expected in India due to the coronavirus outbreak.

The reduction of tourism inflow in comparison with the previous years is a true definition of the effects of the virus on the Indian economy. Burring of tourists from the most affected such as China and some European countries resulted in the minimization of the number of tourists in the country.

The coronavirus outbreak will impact the health sector, and a direct impact on the economy is expected. India being a developing country, lacks the advanced pieces of machinery utilized during the detection of the level of coronavirus among the patients. An increase in the number of coronavirus patients has called for immediate attention from the experienced specialist not only in India but also in the neighboring countries.

Employing new staff in the medical facilities necessitates more funding in the sector to enhance effective service delivery. A wee-plotted collaboration would work best between the Indian government, and the World Health Organization is of considerable significance in curbing the corona peril.

Education is the critical determinant of a country’s economic future. The education sector, specifically in the higher learning institutes, generates income that boosts the Indian economy. International students are barred from leaving or destining in the country as a result of the outbreak. The restriction may negatively affect the country’s public image since India is well known for the production of quality graduates explicitly in the health sector.

India is one of the globally most populated countries, and the outbreak of the coronavirus will impact millions of families. The inability to report to their daily revenue-generating activities impacts careers and income. Reliance on government relief for food affects the Indian economy since most resources are focused on purchasing relief food for affected and infected citizens.

Application of advanced technology as a technique of enhancing effective service delivery among corona patients requires a lot of funding. The increased deaths resulting from the corona outbreak will affect the population growth in the country.

The corona menace will further affect the agriculture sector that also plays a vital role in contributing to the enhancement of the country’s economy. India depends on agribusiness for exports to enhance the economy of the country. The Virus was initially discovered in China, where most electronics are imported from. India exports most of its products to China and neighboring European countries.

The loss of production resulting from lack of time to attend to their farms has deteriorated the Indian economy. Travel restriction within the Indian country reduced the transportation of perishable goods from rural areas to the city. The restrictions further affected the food supply within the country.

The level of damage resulting from the increased outbreak has startled scholars in the tech world. Unlike HIV/AIDS and cancer, whose signs are long-term, Corona Virus affects many people within a short period. Despite the introduction of the new technology in the health sector, the development of the most suitable vaccines seems challenging to the specialists. Closure of research centers, learning institutions, and laboratories impacts the tech industry in India. Death of employees negatively affects the tech world.

Also Read: How To Increase Sales In Your Own Pcd Franchise Business?

The coronavirus epidemic in India the most significant industry, including agriculture, health, and tourism. Adverse effects on agriculture and business industries affect the country’s gross domestic product.

The Indian government, in collaboration with the health stakeholders, works towards developing new methods of curbing the peril. Corona Virus has pronounced global epidemics due to the number of deaths reported from China and the neighboring countries.

The Virus at a higher rate leading to failure of most techniques applied to curb the peril. The severity of the outbreak is incomparable with any other epidemic due to its seriousness within a short time.